The Essential Gorter : a view into the mind of a great poet 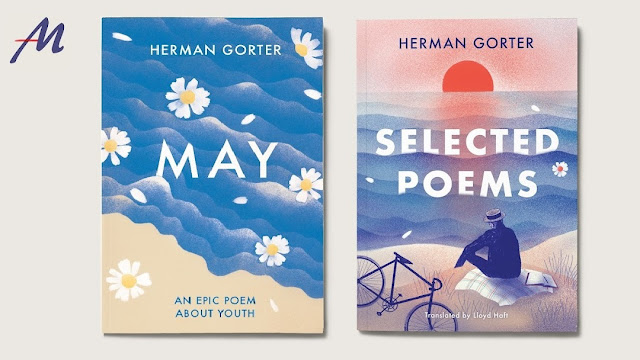 The Netherlands is a small country, and its language has never become widely known in the rest of the world. As a result, many a Dutch writer who surely would have become world-famous if he or she were writing in English or French has had to remain content with a modest and local level of fame. This has been especially true of poets, given the exceptional difficulty of translating poetry.

If Dutch were a world language, one of the poets who unquestionably would have become world-renowned is Herman Gorter (1864-1927). In Holland, he was famous from an early stage as a writer of both epic and lyric verse. Due to the lack of translations, let alone good translations, abroad he has remained known, if at all, as a once-prominent early exponent of socialism and communism. In The Netherlands, whether or not because under Covid conditions more people are staying at home and reading books, there has recently been a rediscovery of this major poet, even something of a revival. Appropriately, an extensive selection from Gorter’s main poetic works is now being made available to English readers in excellent translations via the new two-volume set The Essential Gorter.

And very old the windows seemed, where light
Of leaves shone through and through the elms outside,
A group of workers entered: grey old men.
Wood piles were there: the oak wood for its strength
And clefted northern wood of the pine tree.
The workmen took it in and tacitly
They planed and hammered on their timbering,
Industrious in the greenish shimmering.
There also was another in that place,
Dark too: the front was filled with shrouds and brace
And cordage for ship rigging, blocks of wood
And anchor chains and pulled and piled up stood
In stacks the hemp twine, and indoors there sat
The old sailmakers, who were holding head
To needle, and in front, in white, the sail.
We stood there and observed all this a while.

Volume One is M. Kruijff’s translation of May (Mei, 1889), a long epic poem with which Gorter broke into immediate fame when he was only twenty-four. For generations of Dutch schoolchildren, this was the poem that Gorter would always be remembered by. Set against the twin backgrounds of Old Norse mythology and magnificent Dutch land- and seascapes, the story is an allegorical tale with which everyone can identify – of youth, its discovery of love and ideals, and the eventual...but no, no spoilers here!

Kruijff’s translation, written in a style which perfectly echoes the mythic-historic tone of the original, comprises nearly 150 pages of text. It is accompanied by suggestive color illustrations and followed by a synopsis of the story, notes on the text, and a brief biographical sketch of Herman Gorter.

My pale tinglepure
my white cuddlefine
with high from on high the whirling
of your hands seeming
the wingwave of birds,
the circling round of windmill sails,
feathering so finely through the air
my ear hears no sound
and your cheeks gliding close
and your lips barely open
motionless in red –
till suddenly from within them fled
a cool round wordspeech,
words cool as round hands
laying themselves in mine,
full, blooded, bloomfine –
it came and touched me,
up against my ears
coolblown, awn-fine,
no sooner red than gone.

If Volume One presents the epic side of Gorter’s writing, Volume Two, Selected Poems, introduces the reader to the other side of Gorter – his unique and timelessly intriguing lyric poems. Translator Lloyd Haft, himself a prize-winning poet best known for his free-verse adaptation of the Psalms, has put together a rich selection of lyric poems from various stages of Gorter’s career. They include introspective and stylistically daring poems from Verses (Verzen, 1890), lyric high points from the book-length Pan (1916), and the first presentation in English of Gorter’s last work, the posthumously published Lyrics (Liedjes, 1930) in which visionary ideals and erotic intensity combine to form an unforgettable personal myth. Haft’s introduction gives background information on the development of Gorter’s thought and career as well as glimpses of the specific linguistic difficulty of translating this outstanding Dutch poet.

This two-volume set, with its nearly 350 pages of poetry and background information on Gorter and his writing career, finally puts the many sides of Gorter’s art within reach of the English reader in a single compact and attractive format. It is sure to win many new enthusiasts, not only among English readers but among Dutch readers who may be aware of Gorter but have never taken time to explore the various sides of his deservedly lasting oeuvre.

Available in the US at Barnes & Noble and others.

Popular posts from this blog 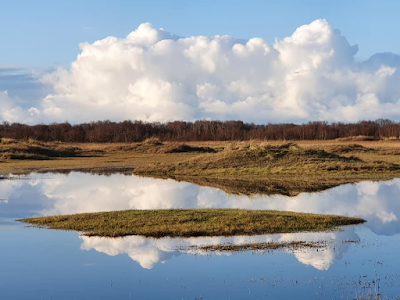 Following his epic debut masterpiece  May   in 1889, Herman Gorter continued to expand the boundaries of poetry. May is a dense and metaphysical, idea-filled  tour de force   by which Gorter tried to make eternal what was transient. In his  Verses  of 1890, he once more tried to record and unify his love for both nature and women. This time, however, he explored a much more sensitive and incidental approach. Every poem in  Verses  is an instance of feeling that expresses itself in words, that explores and exposes itself under the bright light of the unity he seeks. As Gorter let his feelings write his poems, he reshaped the rules of rhyme, rhythm, language and meaning in the process.  It makes Gorter's work after May quite impossible to translate. Take for example one of Gorter’s most crisp and engrossing odes to love. Its simple words powerfully express a vulnerable clumsiness we all can recognise. In English, quite literally, the poem could read: You stand there oh so very stil
Read more